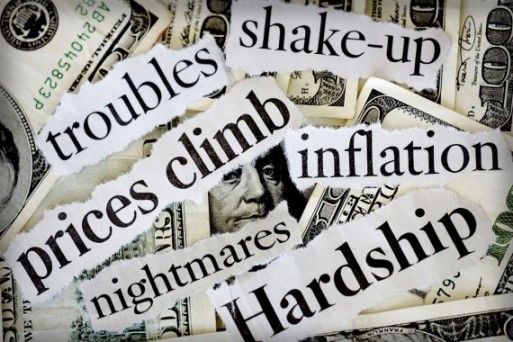 There is a conspiracy being perpetrated against the American people with regard to the true nature of America’s financial situation. To most people, America appears to be on her last economic legs and the future looks hopeless. On the other hand, America has never been wealthier. However, the wealth has been horded and hidden from the American people.

This article exposes why the central bankers and the corporate controlled media are attempting to make it appear as America is dead broke with no hope of recovery. The central bankers, through the government, have indeed hijacked and are hording and hiding substantial assets as they are planning to take the surface economy down as early as this fall/winter. The globalist strategy consists of convincing the people, in advance of the collapse, that there is no hope of economic recovery. Under this scenario, the perpetrators of the collapse will meet with less direct resistance, both in the collapse phase and in the recovery phase in which we will all witness the establishment of a world government and a one world economic system.

Which side is correct? Are we broke or do we have substantial hidden assets? Both sides are correct. The visible economy, which is obvious to all (e.g. the health of the fiat currency, the unemployment rate, national GDP relative to the planet’s GDP), clearly indicates that a collapse is imminent. However, there is also substantial wealth that is being horded on behalf of the banks and corporations by their governmental partners, which could make a significant difference in the health of our economy. The wealth is substantial and has successfully been hidden from most Americans

The Case for a Looming Economic Collapse

The undoing of the America currency has been a century in the making. In 1913, the most evil organization on the earth was created by an unconscionable act of Congress with the creation of the Federal Reserve. The United States national debt is more than 5000 times larger than it was when the Federal Reserve was first created, and this fact has served to turn nearly all of us into debt slaves with each of us vulnerable to the manipulation of the global elite.

The bankers who helped to create the Federal Reserve intended to permanently enslave the U.S. government to a perpetually expanding spiral of debt, and their plan has worked and their final victory is nearly at hand.

Boston University economist Laurence Kotlikoff, stated that the U.S. government is facing a “present value difference between projected future spending and revenue” of 222 trillion dollars in the years ahead. Where are we going to come up with 222 trillion dollars? The short answer is that we won’t under the existing set of economic rules that we are forced to live under.

In 2001, the United States represented 31.8 percent of the world’s economic activity.  By the end of 2011, that share had dropped to 21.6% in 2011, which means that America’s portion of the world’s economy is 32% smaller than it was a decade ago and it is declining more with each passing day. With economic indicators such as these, there is no way to climb out of the economic hole we have entered courtesy of the globalist inspired free-trade agreements (i.e. NAFTA, CAFTA and now the MEFTA, AFTA and the TPP). With these kinds of economic indicators, more Americans will be competing for a smaller number of jobs which are significantly declining in pay.

Over one hundred million unemployed Americans are no longer even looking for work. The next time you go into the Department of Motor Vehicles, please realize that you are subsidizing a drivers license for about a third of the people in that building. You are also paying for their health care, food stamps and shelter. And many of these lower class, poverty-stricken “Americans” are living a higher standard of living than you are and this is by design courtesy of Chairman Obama.